Mange is a terrible condition caused by the Sarcoptes scabiei – or mange mite – which was introduced into Australia with the First Fleet. The mange mite burrows under the wombat’s skin to lay its eggs, which causes great discomfort to the wombat. It causes intense itchiness, leading to broken skin and bleeding, fur loss, hyperkeratosis (scabs), dehydration, hypothermia in winter and fly strike in summer. The build-up of scabs in the ears and around the eyes affects the wombats’ sight and hearing. The wombat will die a slow agonising death if not treated.

LAOKO’s mange program coordinator, Elena Guarracino says Cydectin®, a cattle pour-on, is used to treat mange in wombats. It is very expensive, costing about $1,200 for 15 litres. 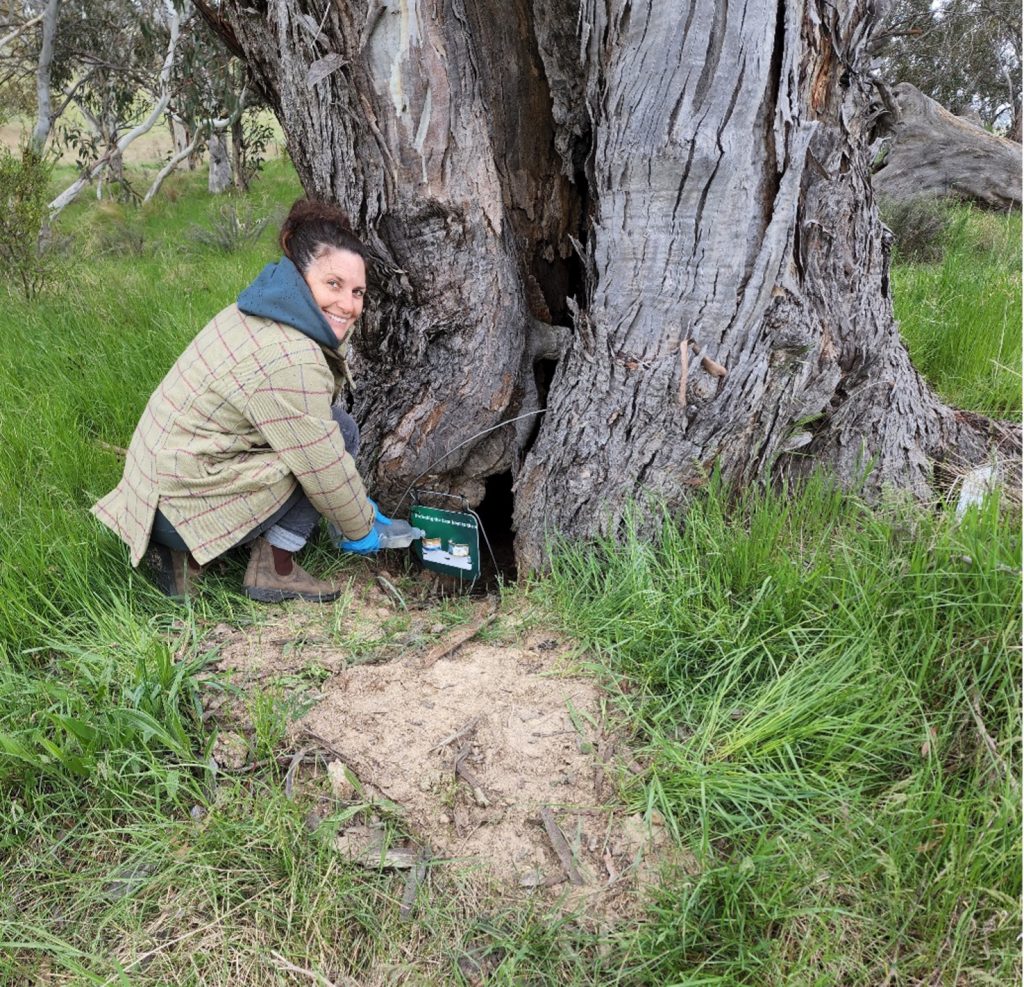 LAOKO member Monique Ryan-Mussachio installing a burrow flap where a wombat with mange was seen but unable to be treated directly. Photo: Elena Guarracino

“When it is not possible to get close enough to a wombat (within two metres) to treat it directly with Cydectin® or Bravecto® then we need to install burrow flaps over burrows in the area the wombat lives,” says Elena.

Wombats also share burrows. Up to three wombats have been observed going in and out of a burrow in one night, so burrow flaps need to be installed over all the active burrows in the local area. These flaps use a lot more Cydectin® than direct treatment.

“We know mange is highly contagious and where there is one wombat with mange there will be others, so we need to treat all the wombats in the immediate area to stop the spread and also to stop the ‘target’ wombat being reinfected,” Guarracino said.

To break the mange cycle the burrow flaps need to be topped up and maintained for at least eight weeks.
“Due to the generous funding from the Humane Society International – Australia, we are able to treat mange at a local population scale, says Elena.

“It is making a huge difference to the number of wombats we are able to help.” 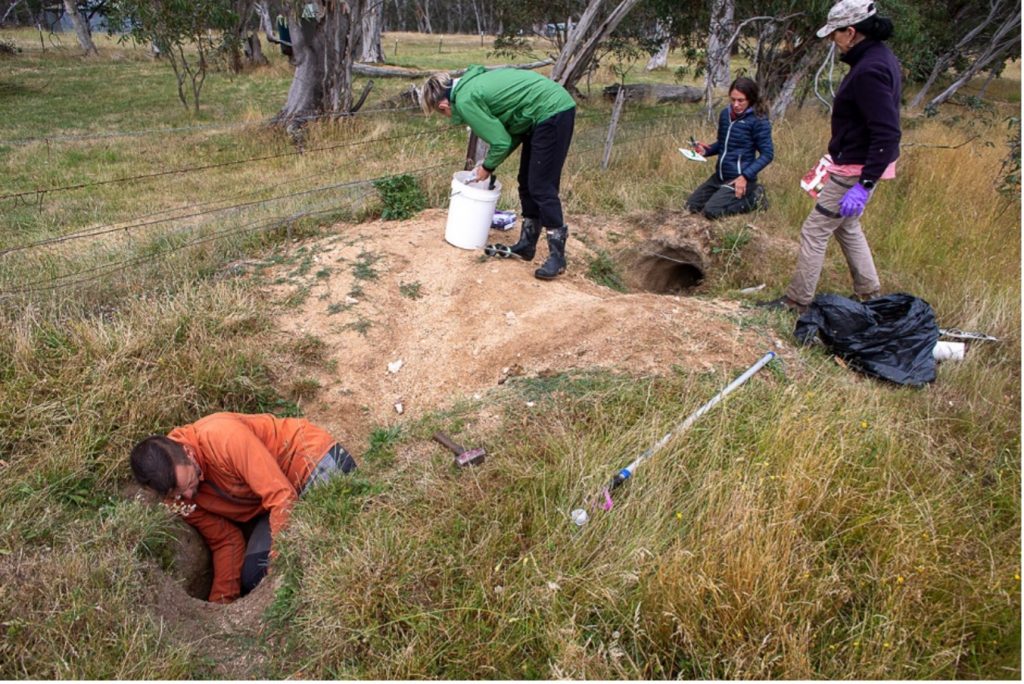 When there are a lot of mange reports in one area, or a wombat which has been fully treated for mange reappears with mange, we know this is a mange ‘hot spot’. Only an extensive burrow flap program, conducted over three years, will resolve it.

However, wombats move in and out of areas, so burrow flaps need to be redone every three years or so to keep the area mange free.

Elena says she is also very pleased to see more LAOKO members and members of the community volunteering to help wombats with mange.

After training, all the necessary equipment and chemicals are provided, along with ongoing support and advice. With about 130 wombats reported with mange in the last 12 months, having more mange team members means a quicker response time as well as a shared workload.

Become a citizen scientist – map wombats in your local area

WomSAT is a new resource for communities to record sightings of wombats across the country. Australia’s unique wombats are in crisis – their numbers are declining and your help is needed to protect them by recording where you see wombats and their burrows in your local area.