It was found on the Monaro Highway, about 25 km south of Bombala, near Tiptree Road, Ando.

The sea eagle was unable to use its legs, which were paralysed. A brave and caring member of the public picked it up in a big blanket and transported to Cooma. It was then taken to veterinarian, Dr Peter Brennan, to be assessed.

The sea eagle had injuries consistent with being shot, and it was in a bad way. Sadly, the decision had to be made for it to be euthanased.

Not only is it illegal to shoot them, but White-bellied Sea-eagles are listed as vulnerable in NSW.

This particular sea eagle weighed 2.95 kilograms. Males typically weigh between 2.5kg and 3.7kg and are slightly smaller than females, which weigh between 2.8kg and 4.2kg. Male and female plumage is very similar, and we were unable to tell if it was male or female.

A White-Bellied Sea-Eagle was rescued by a member of the public and brought to LAOKO for care.

According to the NSW Office of Heritage and Environment, where you can learn more about this raptor, the species has long broad wings and a short, wedge-shaped tail. It measures 75–85 cm in length, with a wingspan of 180–220 cm. Adults are predominantly white and grey. The head, breast and belly, and the feathering on the legs, are white. The back and upper surfaces of the wings are grey, and the undersides are greyish-black with a smaller area of white along the leading edge. Juveniles are brown with lighter markings. 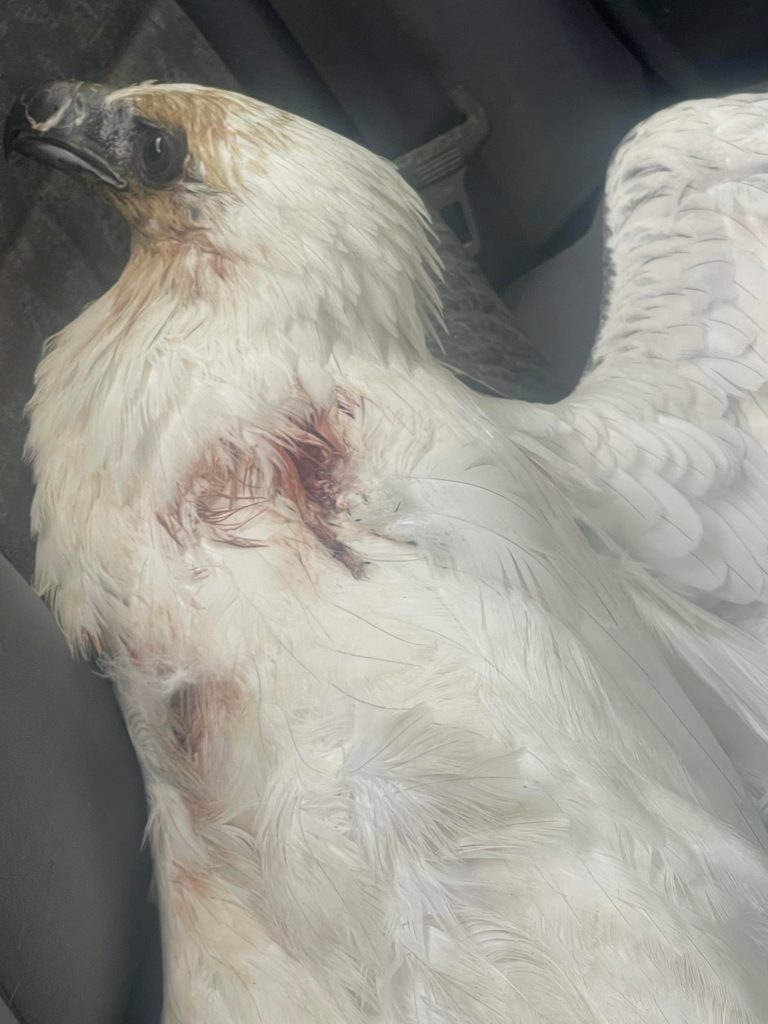 Sadly, injuries were consistent with the eagle having been shot. 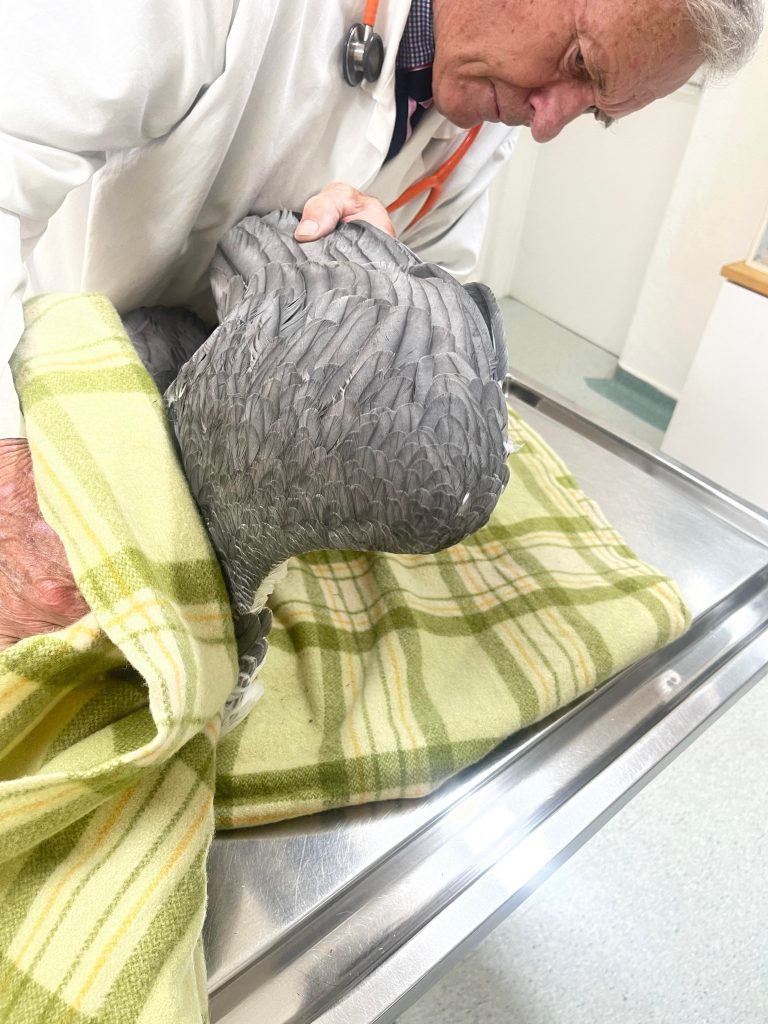 White-bellied Sea-Eagles may be solitary, or live in pairs or small family groups consisting of a pair of adults and dependent young.

Despite its name, the sea eagle is often found away from coastal areas, along big inland rivers and at freshwater swamps and lakes. In our region, it can be found in the Australian Alps around bogs and fens, heaths and alpine herb fields.

Thank you to the compassionate person who stopped to help this badly injured, but magnificent, feisty and rare raptor, saving it from being hit by a car or dying of its injuries and starvation.