We chat with Monica Cowan, an intrepid and reliable rescuer who goes above and beyond. Monica can be found responding to rescue calls at all hours of the night, as well as attending rescues around work and driving our LAOKO euthanasers out when required. Monica is a true wildlife hero!

Hi Monica! How did you first get into wildlife care?

My sister Rebecca decided she wanted to do a course on wildlife care, but she didn’t want to go by herself. So I went with her and here we are, five years later! I’m not a carer – I would call myself a babysitter – but I do take the midnight calls and go out on rescues.

What’s the best part about being a rescuer?

The part where we release them is bittersweet. I don’t have land, but Bec and I are able to use different properties to release our animals.

What are the most challenging bits?

On average I probably do two rescues a week, and I also go out and help the euthanasers. I spend time with the animal and bring a stethoscope to make sure it has passed quickly. It’s sad. I have seen some terrible injuries like broken backs, and kangaroos jumping around on broken legs. I wouldn’t wish those injuries on anyone. But I would also hate to see them suffer. 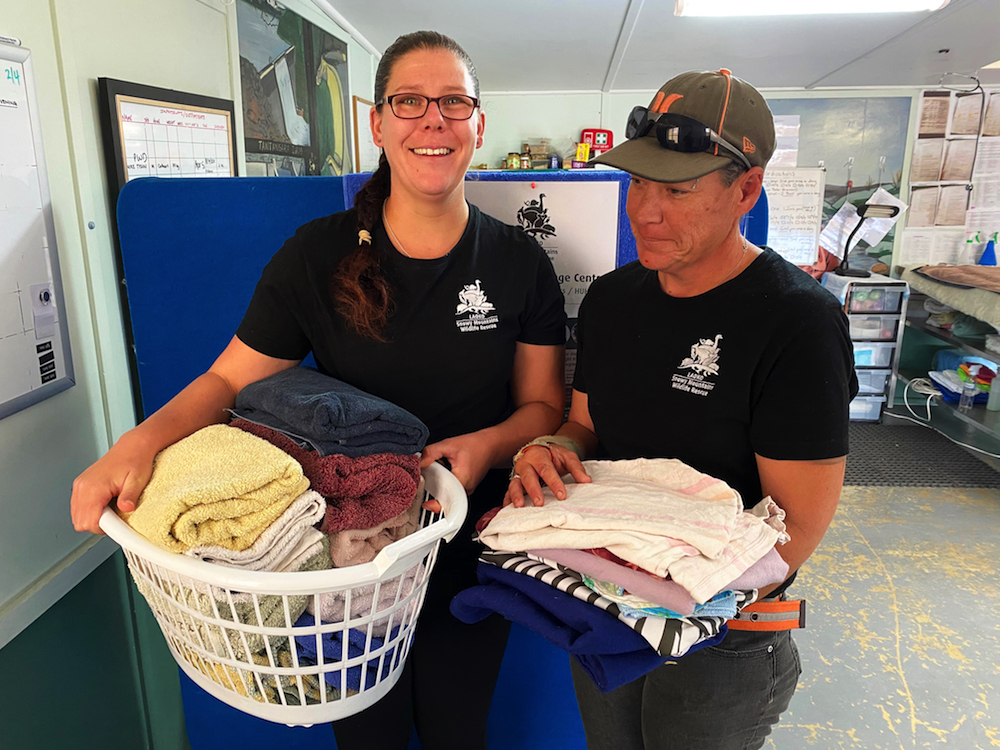 Tell us about one of your more memorable wildlife rescues.

There’s two. One was unsuccessful because we couldn’t find it. A wedge-tailed eagle had been caught in fishing line at Old Adaminaby and Rebecca and I looked for it for hours. Eagles are like my spirit animal. It is said that if you have an eagle hovering over you, you are being selfish and need to open your mind. Unfortunately, we never found that eagle and never got another phone call about it. I’m hoping that because he had his partner with him, that he got untangled. They are not silly.

The other was a wombat I caught out on the ‘Mad Mile’ (on the highway between Cooma and Bredbo). She was a little 4.2 kilogram girl whose mother had been hit. A group of us went searching but she had gone back into her burrow. I went back later and just sat and watched the burrow. Her head came out eventually and I started to wonder whether I could actually catch this girl on my own. I positioned myself over the burrow with the wind going away from me… and I actually caught her. I couldn’t believe that I had caught this wombat on my own! I was so relieved that I had because now she could go into care. Sadly, we lost her after a week or two. It’s sad to lose one, but on the other hand, she wasn’t taken by a fox or hit by a car. She was warm, she had a full belly… that’s all you can ask for.

What would you say to someone interested in getting involved in wildlife care?

It’s a very rewarding experience, but by the same token you need to be mentally strong. Last year with all the rain we had, we lost eight roos in twelve hours to coccidiosis. That was hard. But there also aren’t many people within LAOKO that I wouldn’t turn to if I had a problem, they’re all so supportive.

What are the funniest parts of caring for wildlife?

The personalities of wombats as they start to grow up are hilarious. I’ve dealt with so many nuggets (wombats) and you have to dodge them a bit when they play with you because they bite! But you can’t rouse on them, because they need to develop that behaviour. They each have such different personalities. I love wombats when they ‘popcorn’ – just picture when you make popcorn on the stove – and then picture a wombat when it is learning coordination! They go, “pop, pop, pop!”, bouncing around and jumping and falling on their side. Another is when wombats ‘twerk’: a little dance they do when they poke their bum out from side to side twitching. And I just love kangaroo joeys doing ‘zoomies’ – when they are only just out of the pouch and they are finding their feet and hop around at a million miles an hour.

Thanks Monica for everything you do – we love your work!!

Photo at the top: Monica spent lots of time sitting over the burrow of a juvenile orphaned wombat in need of rescue, until she was able to bring the joey to safety.