Photo above: Laura was interviewed by the ABC at Cooma Gaol on the impact of mange on wombats. The story was aired nationally on ABC Weekend Breakfast.

LAOKO has a dedicated team of volunteers who devote themselves to treating wombats with mange. One such member is Laura Vagne, who is passionate about wildlife and supports the mange program in the southern area around Jindabyne. She says wombats are her thing!

Laura moved to the region 17 years ago from the Far North Coast and lives at Moonbah with her family. She worked at the Cherry Cherry Pow Pow snowboard shop before going on to manage the Thredbo Leisure Centre for six years. She now runs her own business, the Laura Vagne Swim School, as well as working at Nuggets Pharmacy.

Laura is the LAOKO mange team leader in the southern area. She treats wombats around Jindabyne, Moonbah, Abbington Park, Lakewood Estate, Ingebyra, Crackenback, East Jindabyne, Berridale, Avonside, and the resorts, and also has mange supplies to distribute to mange team members and landholders in the area.

Mange is a horrible condition caused by the introduced mange mite that burrows under the wombat’s skin, to lay eggs. The burrowing causes great irritation and discomfort for the wombat, which will die if it is not treated.

Death is slow and agonising, taking up to two years to kill the wombat in some cases. Wombats with mange suffer from dehydration, hypothermia, open wounds from scratching can become infected and also attract flies and become flyblown. Mange is reversible in most cases.

Laura attended the first LAOKO mange training meeting in 2019 when mange treatment supplies were provided to those who attended. 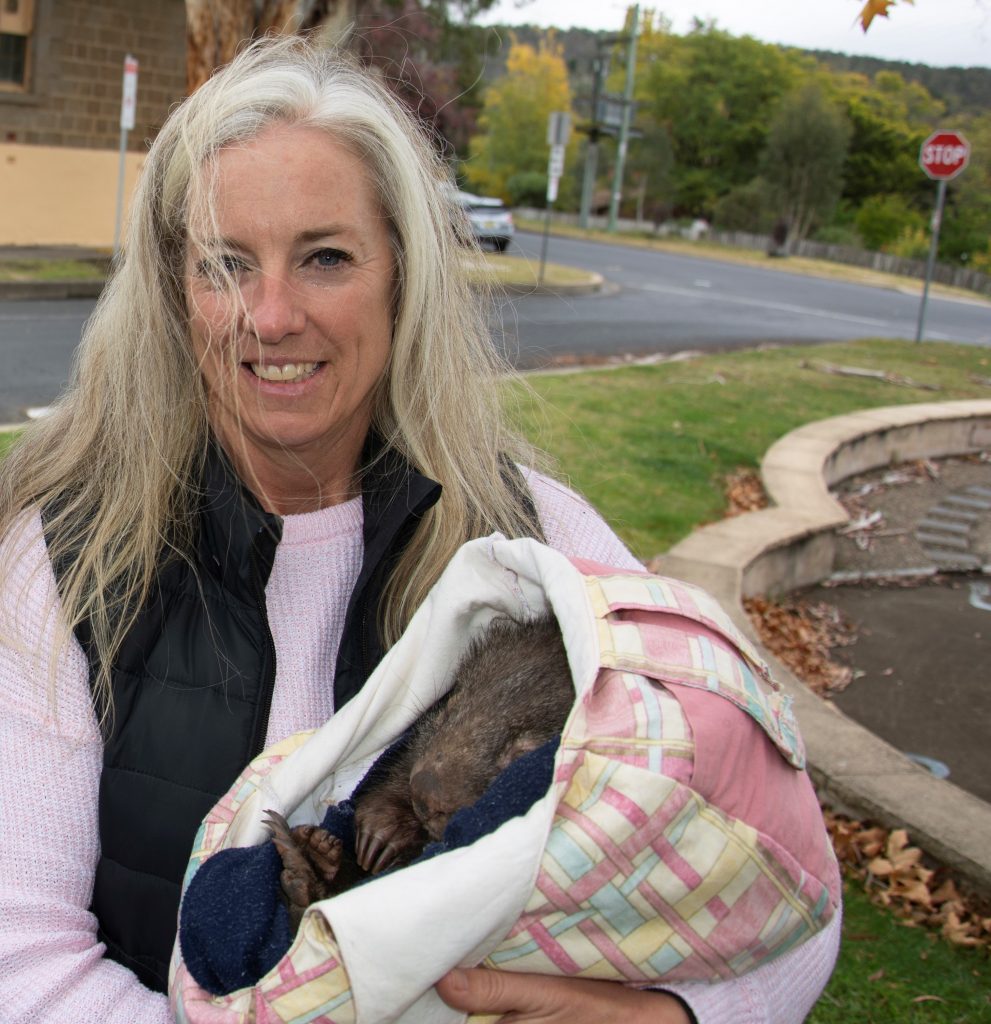 Laura Vagne was interviewed by the ABC at the Cooma Gaol about the impact of mange on wombats and her role in the LAOKO mange team.

Laura is a committed and passionate member of the LAOKO mange team and always goes the extra mile, working with landholders and supporting other mange team members. Despite her busy workload, Laura follows up on mange reports as soon as she can and makes it her priority, juggling work and wildlife.

Laura also helps with other LAOKO work like rescues and transport. She is quite devastated by the road kill she sees on her travels in the region. One year, on her daily commute to Thredbo, Laura counted 132 dead wombats between her house and Thredbo. It really upset her to see so many wombats and even their at heel joeys killed in such numbers. 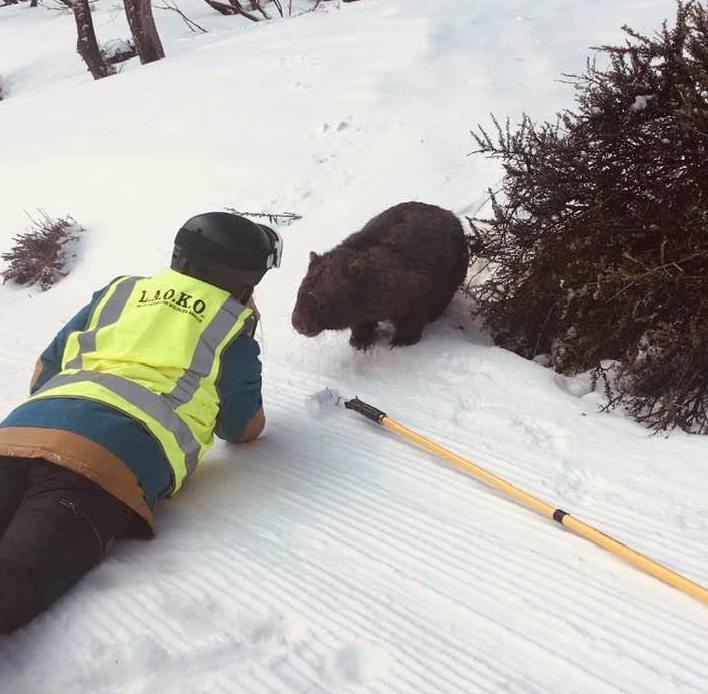 Laura snow boarded to Guthega to treat a wombat with mange recently.

“Maybe some electric signs, with flashing lights might help,” Laura said. “But often, people are oblivious to signs.”

“Laura often knows the person making the report, which can help a lot,” says Elena. “She can get to a wombat over snow, whereas others would find this more difficult if not impossible.”

If you see a wombat with mange, please do not delay and report it to LAOKO’s emergency hotline on 02 6456 1313. If you would like to join the mange treatment team contact laoko.mange@gmail.com.