LAOKO has never rescued a dollarbird before, so the emergency phone volunteers were surprised and excited to find out what sort of bird this was! It was rescued in October by a member who was driving along the Barry Way and saw it after what appeared to be a close shave with a small truck.

The bird was stunned, but the wings seemed fine. It could walk but not grip its feet. The recommendation was to watch it for a week.

For his troubles, the dollarbird gave Dr Brennan a nice big bite!

The name ‘dollarbird’ dates back to the early 1800’s when the Spanish silver dollar and ‘holey dollar‘ were official currency in NSW. Early settlers gave the bird its name, after the white patches on the underwings which resembled a silver dollar coin.

The dollarbird is also known as a roller, broad roller or red-billed roller. This is a red-billed roller with a bluish-white window ‘dollar’ in the wing. Since juveniles have a blackish bill with a yellow gap, we know this one was an adult.

Dollarbirds are migratory, arriving in eastern and northern Australian during September from New Guinea to breed, remaining until March when they return north. Nesting in high horizontal tree hollows, both birds look after their two white eggs and feed the young. They are usually seen sitting on tall dead trees or overhead powerlines where they wait to capture flying insects for food. 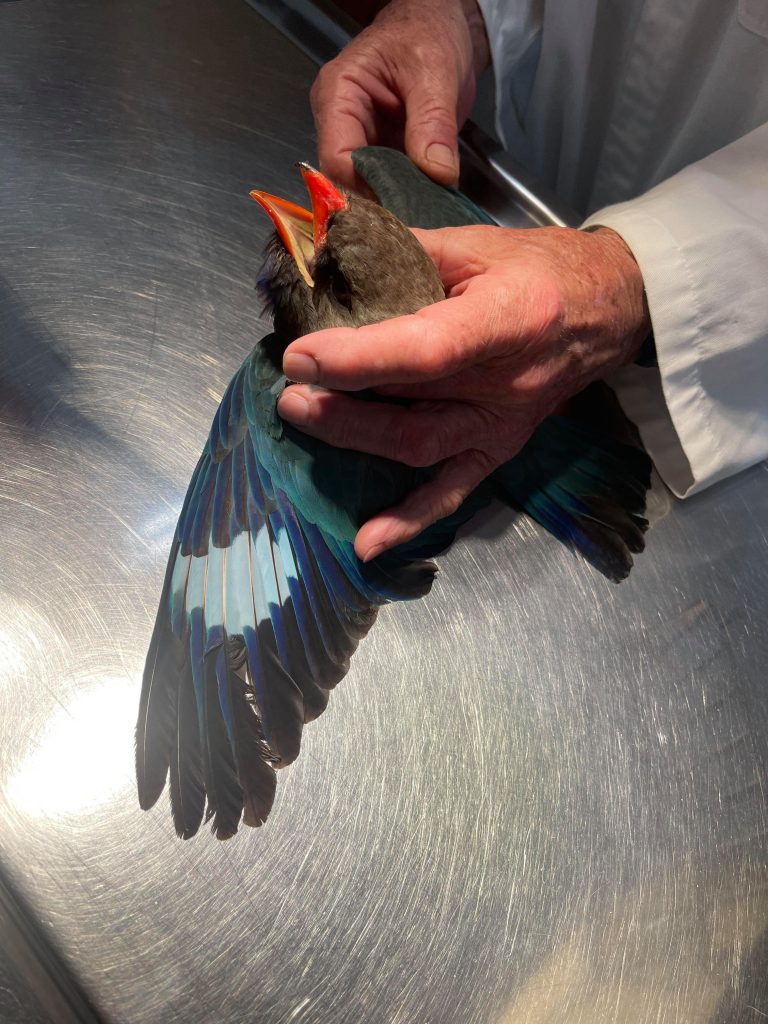