It’s turtle breeding season! What should I do if I find a turtle away from water?

You may have noticed a turtle crossing the road lately, and that’s because we’re right in the middle of breeding season! The Eastern long-necked turtle (Chelodina longicollis), or Snake-necked turtle, breeds during October and November (although breeding could occur a bit later this year based on the weather). If you see a turtle on the move, it’s most likely a male searching for female company.

Turtles are common in Eastern Australia and generally inhabit slow-moving bodies of water such as farm dams and lakes. They grow to about 25cm and are very tough creatures, thanks to an incredible immune system and a hard shell. They are distant relatives of crocodiles. Females lay up to three clutches of eggs a year, each containing up to ten eggs which hatch 3-5 months later.

In their quest to find a mate, some turtles can end up a long way from water. This can be a dangerous situation for a turtle as they can overheat and die. The best course of action is to move the turtle close to a body of water. If they look like they’re travelling toward a particular body of water, you can take them straight there. Check for eggs or a nest first, but the turtle you’re helping is more likely to be a male than a female. If you’re unsure about whether to move the turtle or not, call LAOKO on 02 6456 1313.

How do I pick up a turtle?

Pick up the turtle by the shell, handling it at its front and back rather than sides. Hold it away from your body, otherwise you’ll end up with ‘turtle wee’ all over you, and boy does that stuff smell bad! It’s actually the turtle’s scent glands and is simply a defence mechanism. A turtle is otherwise quite safe to pick up – they cannot really hurt you. 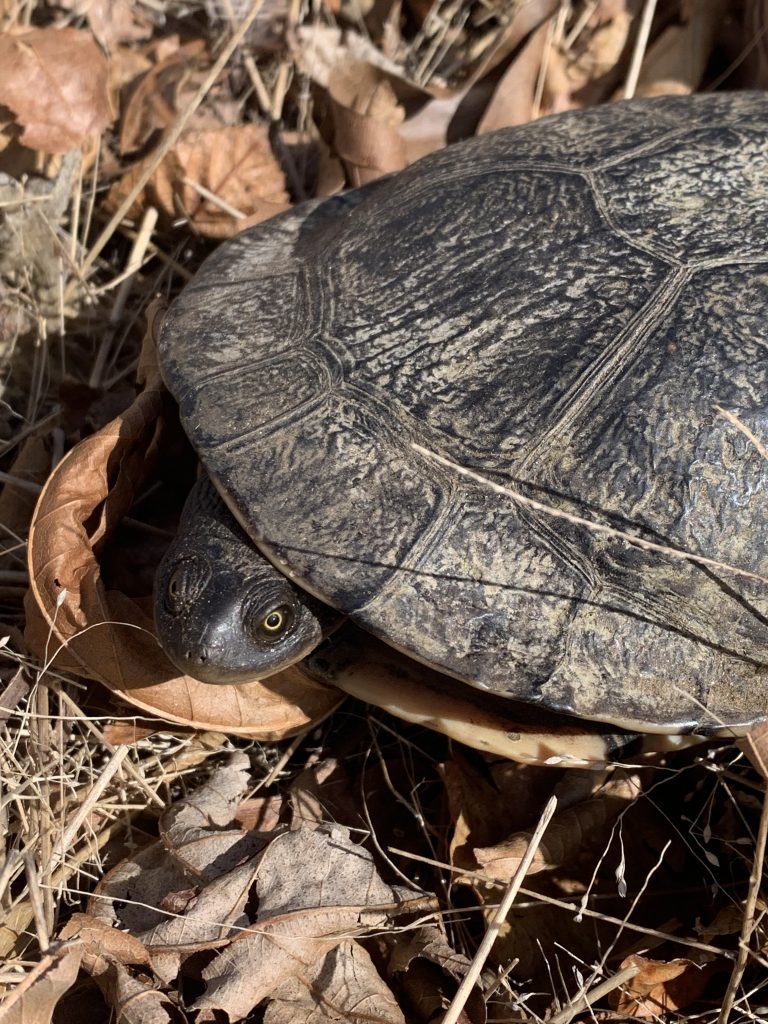 This female Eastern long-necked turtle was found far from a water source on private property near Cooma.
Photo: Candice Anderson

Aside from overheating, the danger turtles face when they travel is that they can end up on the road and be run over by a car. Sadly, some turtles are beyond repair after a collision with a car, and must be euthanased.

There are other reasons that turtles come into LAOKO’s care too. Recently, we received a turtle that couldn’t pull its head in. This was not good news for the turtle, as it meant it could not defend itself. In this situation, veterinary assessment revealed that the turtle had a parasite infestation and an abscess. This particular turtle did not survive.

But many are in with a chance, and this is how they end up in the care of LAOKO’s Reptile Coordinator, Angela Barns. Angela explains that turtles injured by car hits are often in care for some time. As part of their rehabilitation, Angela must transfer the turtle in and out of water every few days. Alternating them between wet and dry environments allows them access to water while also giving their shells ‘dry time’ to heal.

How long does a shell take to heal, you may ask? This process can take up to 30 weeks. Shells are made of keratin, just like our fingernails. And like other reptiles turtles actually shed, rather than heal. The top layer of their shell comes off and there’s a fresh shell already growing underneath. 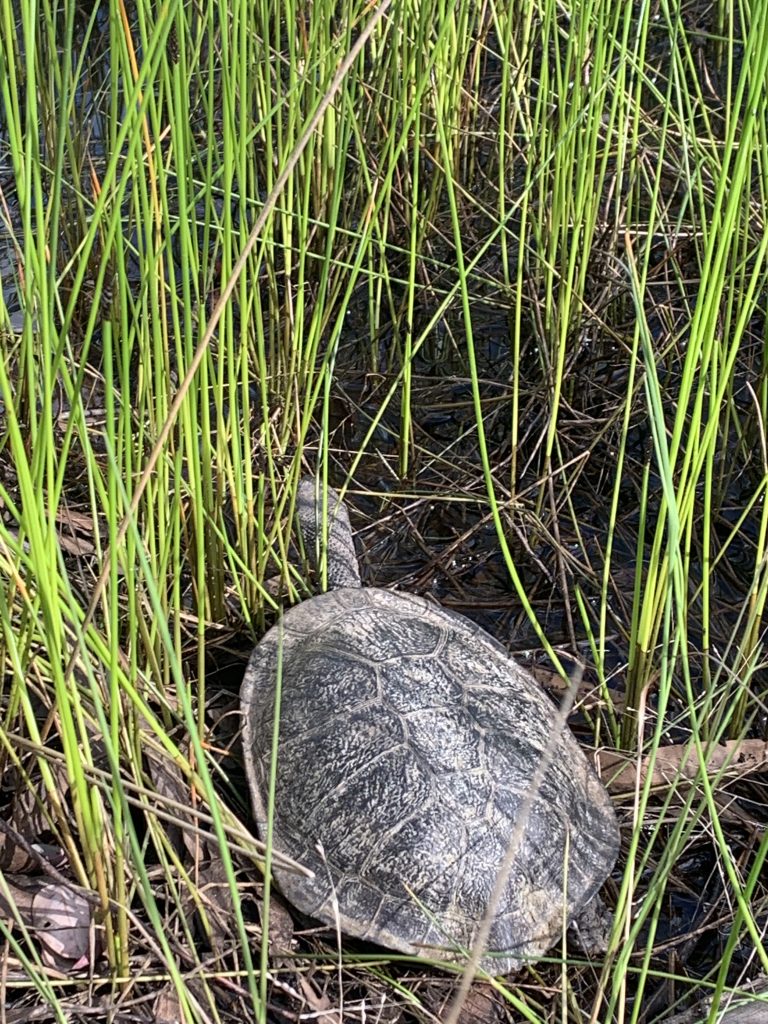 After a thorough check for a possible nest or eggs, of which there were neither, the turtle was relocated to the nearest body of water: a dam about 600 metres away. The turtle took about three minutes to survey the safety of her surroundings, before disappearing into the cool depths of the water. Photo: Candice Anderson

What do turtles eat?

These freshwater reptiles are opportunistic feeders, taking insects that land on top of the water source they are inhabiting (which they’re quite quick at!) as well as tadpoles, worms, small fish and crustaceans.

Can I keep a turtle as a pet?

You can, but like every native reptile in NSW, you must have a licence to keep one. It must be captive bred and never come from the wild.

How can you tell the difference between a male and a female turtle?

It can be difficult to determine the sex of a turtle until they are about five or six years old, but after that a male will develop a V-shaped indent at the tail, while a female will have more of a U-shape which allows her to release eggs.

Become a citizen scientist! You can record turtles on TurtleSAT.

You can help contribute to knowledge about turtle movements on TurtleSAT, a citizen science website that maps turtles and works to reduce fox predation on both turtles and their eggs.

Thanks to LAOKO’s Snake & Reptile Coordinator, Angela Barns (Jones) for providing much of the knowledge for this story.