This Lesser Long-eared bat (Nyctophilus geoffroyi) was found under some cushions in a couch in a shed in June this year, when the landholder was vacuuming what was thought to be mouse droppings. Bat droppings look very similar to mouse droppings.

Most insectivorous bats that live in cold climates go into torpor over winter, because of the lack of insects. So she was rescued and taken into care over winter, by a trained and vaccinated LAOKO bat rehabilitator.

Long-eared bats mate in April. The sperm is stored until about August / September, and the ‘pup’ is born in November. Lesser long-eared bats usually have twins. The gestation period is 72-93 days.

This bat and her ‘pup’ were released at night, in late November, exactly where she was found at the property on Beresford Road at Rose Valley, not far from Cooma. 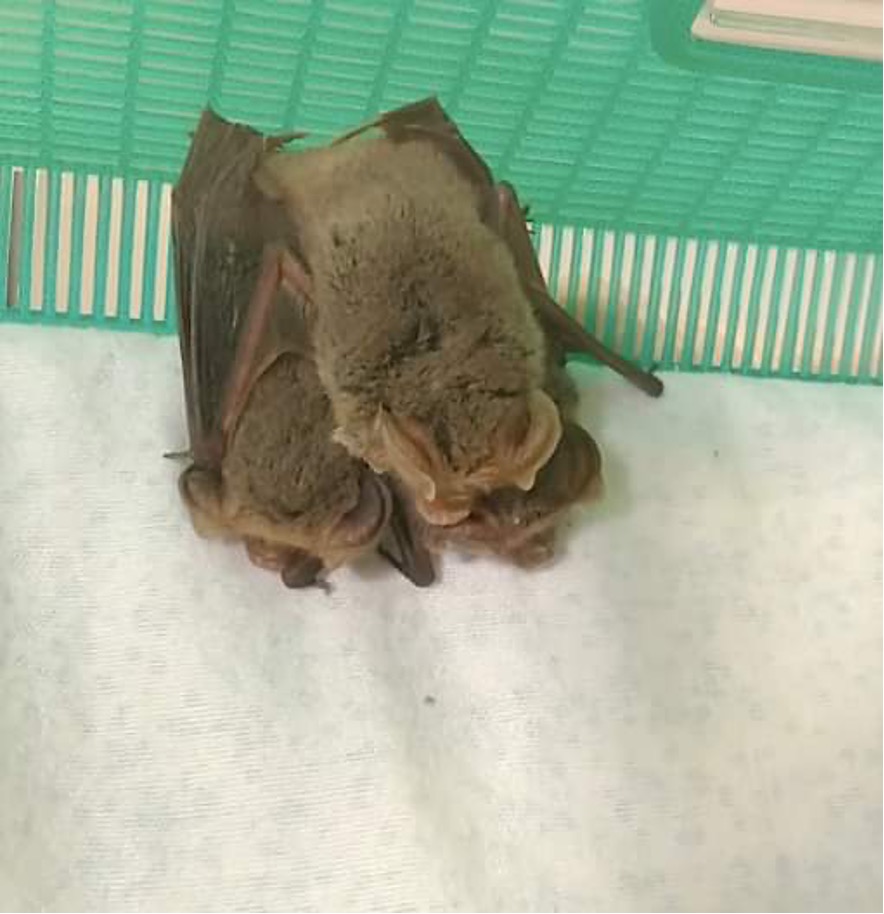 A Lesser Long-eared bat and her ‘pup’ hitching a ride. The mother bat was rescued in June this year, and released in late November. Photo: Elena Guarracino

Insectivorous bats live in family groups and must be released where they were originally found.

Lesser Long-eared Bats are often found near towns and suburbs and live in tree hollows and cracks in old trees and under bark. They will often roost in ceiling cavities, hollow walls and old coats hanging up on verandas.

So far this year, ten insectivorous bats have been rescued, most have been victims of cat or dog attacks, others have been disturbed from their roosting sites.

If you see a bat, you should not handle it unless you are trained and vaccinated for rabies.