This juvenile Nankeen kestrel (Falco cenchroides) was recently rescued by a family on Carlaminda Road, outside Cooma. The family explained that kestrels arrive to make a nest on the roof of their home every year.

The Nankeen kestrel is a small species of raptor – specifically, a falcon – which occurs across Australia, mainly in grassland areas and farmland rather than forests. Naturally, this makes them a fairly common sight on the Monaro!

The kestrel was brought in for veterinary assessment where it was determined that a period of care would be beneficial. Afterward – and since LAOKO does not have a qualified raptor carer – we organised for it to be transferred to our neighbouring wildlife care organisation, Wildcare Queanbeyan. 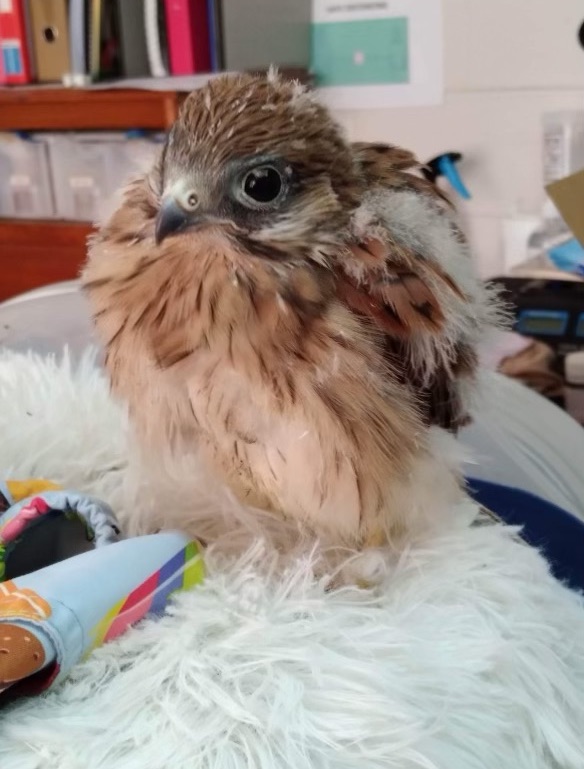 Melissa, one of Wildcare’s raptor carers, reports that the kestrel has settled down well and is doing beautifully. Its sex cannot be determined yet as it is too young, and weighs a feather-light 135 grams. Melissa has named her Nancy, for now!

Nancy enjoys meals of chopped up mice and chicken breast, as well as the occasional wood cockroach treat. Nancy is considered a ‘branchling’, meaning it is large enough to leave the nest, but not yet ready to fly.

Melissa explained that the biggest problem with rehabilitating a nankeen kestrel is that they imprint very easily – this means they bond with their human caregiver and this is not ideal when you need to release them back to their natural environment. Because of this, Melissa is currently holding the kestrel in a large crate without making eye contact, or talking to or touching her. At feeding time, Melissa covers her up arm and places food in the enclosure without being seen or heard. Melissa watches the kestrel with a camera set up for live monitoring. 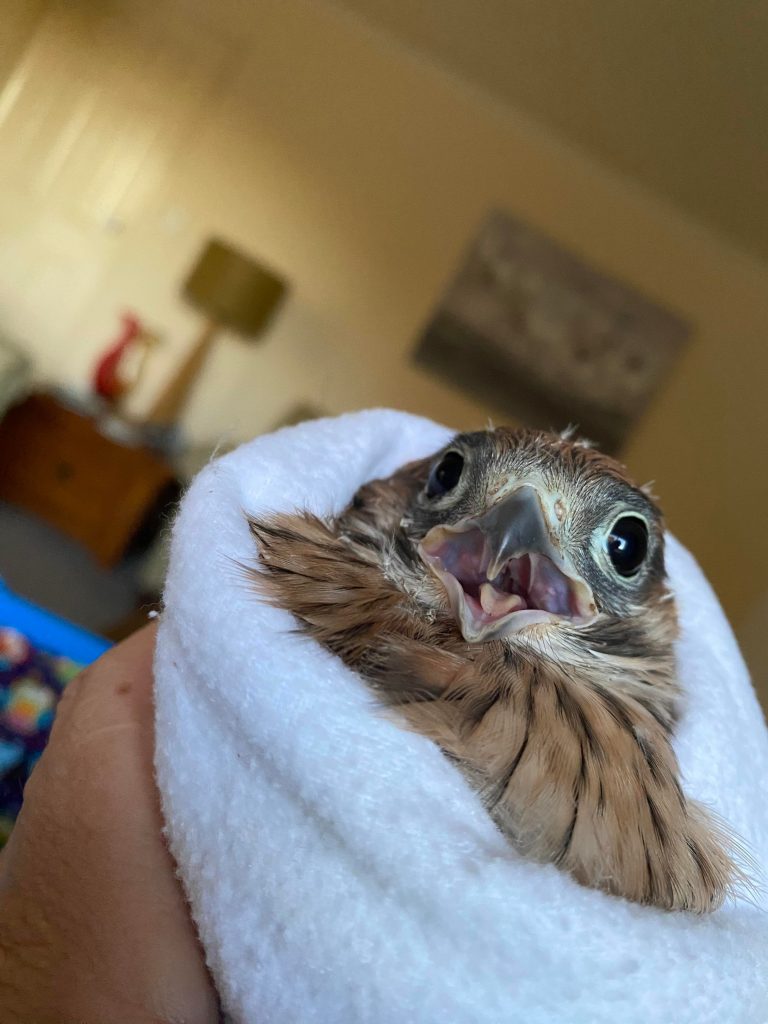 The kestrel is doing well in the hands of Melissa from Wildcare, a qualified raptor carer. All going well, the  kestrel will be released back to its home location in Cooma soon, to continue being raised by its parents.
Photo: Melissa Pearce

The crate is also soft to protect its feathers, since feather damage in care can make it very hard for kestrels to fly well enough to hunt. As Melissa explains, they are a ‘high performance athlete’ sort of a bird!

The rehabilitation plan for Nancy to is allow her flight feathers to grow a little more. Then Melissa will return her to her home on the Monaro so her parents can continue raising her.